At this time last year, I was in Munich, Germany, visiting a good friend of mine. It was just before Easter and it was such a delight to see all of the stores decorated with bunnies and colourful eggs. So now this year, Easter here in Canada is reminding me of my time in Germany.

Of course wherever I go, I just love checking out the local flea markets. Although I had to venture out on my own that day and I don’t speak one word of German, I managed to find the flea market at Olympia Park and purchase a few finds. 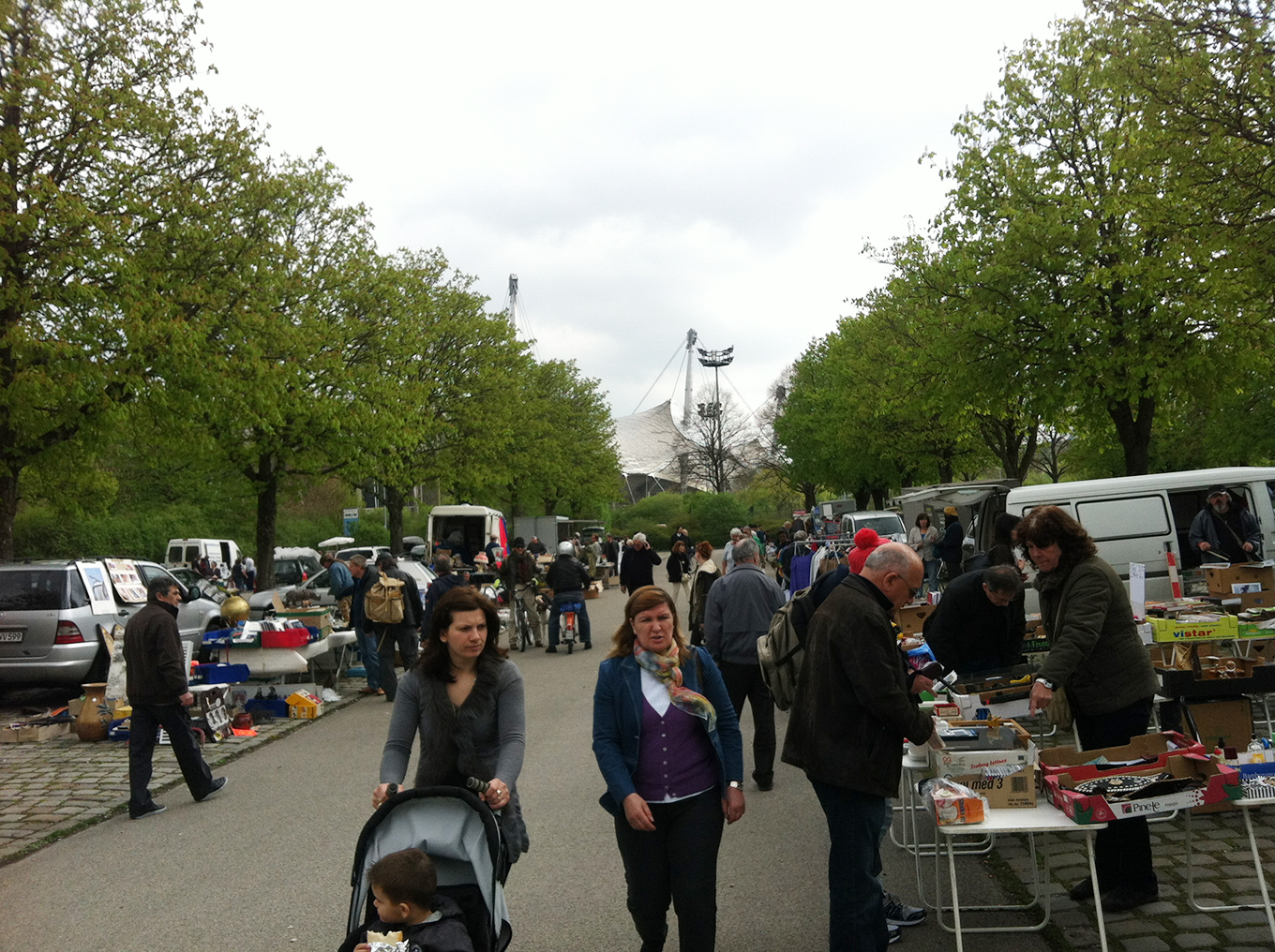 This outside flea market is on the parking lot grounds of a sport stadium and it was row upon row of merchants selling stuff out of their vehicle. Generally, there has never been a flea market I did not like, but I must say that my first impression of this flea market seemed ‘trashy’. Luckily, as I went deeper into the market, things got better and I found a few treasures that caught my eye. 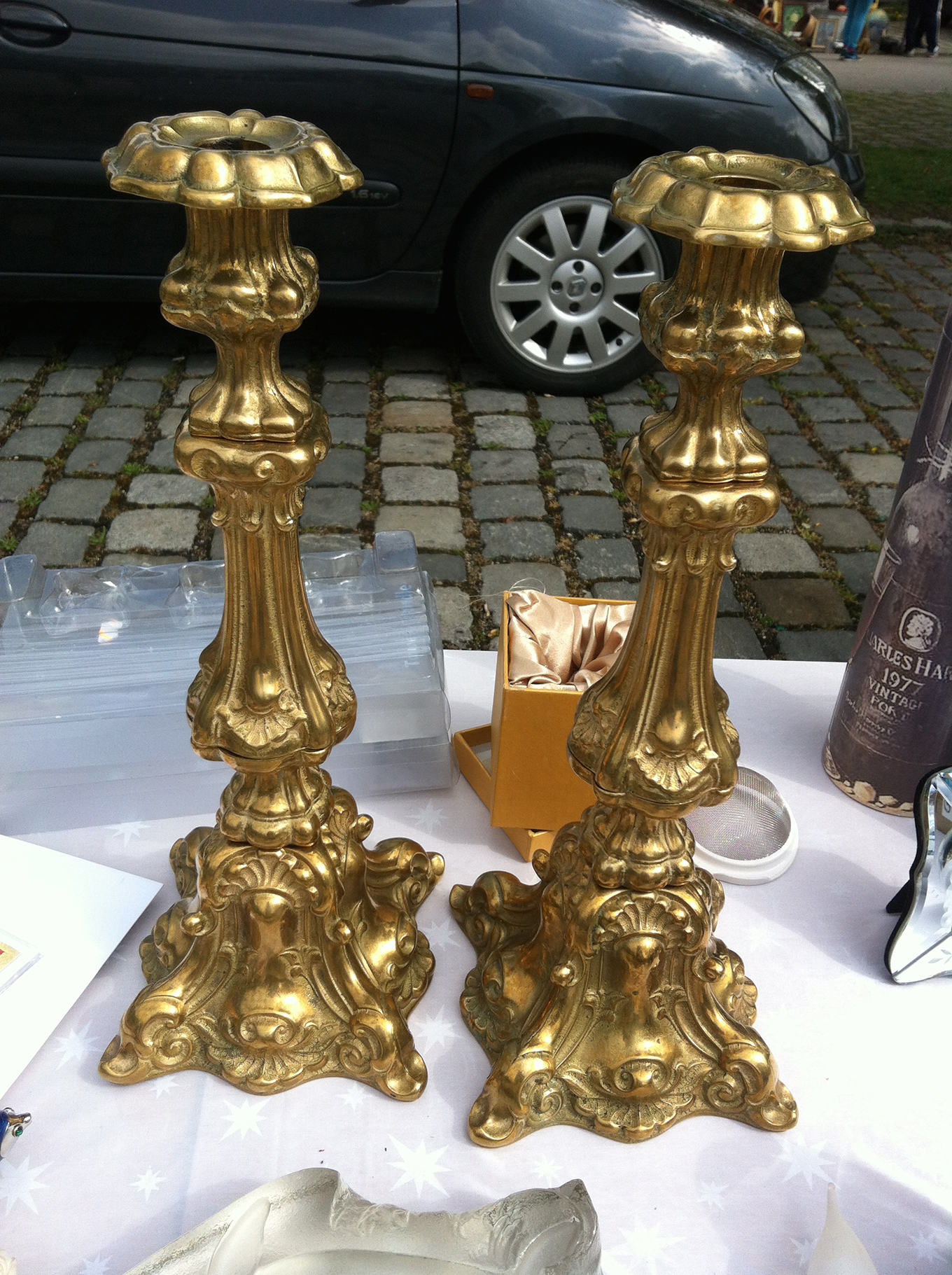 These huge gold candle holders might seem a bit over-the-top on their own, but I could envision them transformed with a new coat of spray paint in a trendy colour. Or even black to take them to being classy and elegant. But alas, they were GIANT and looked like they weighed a ton so they definitely did not come home with me. 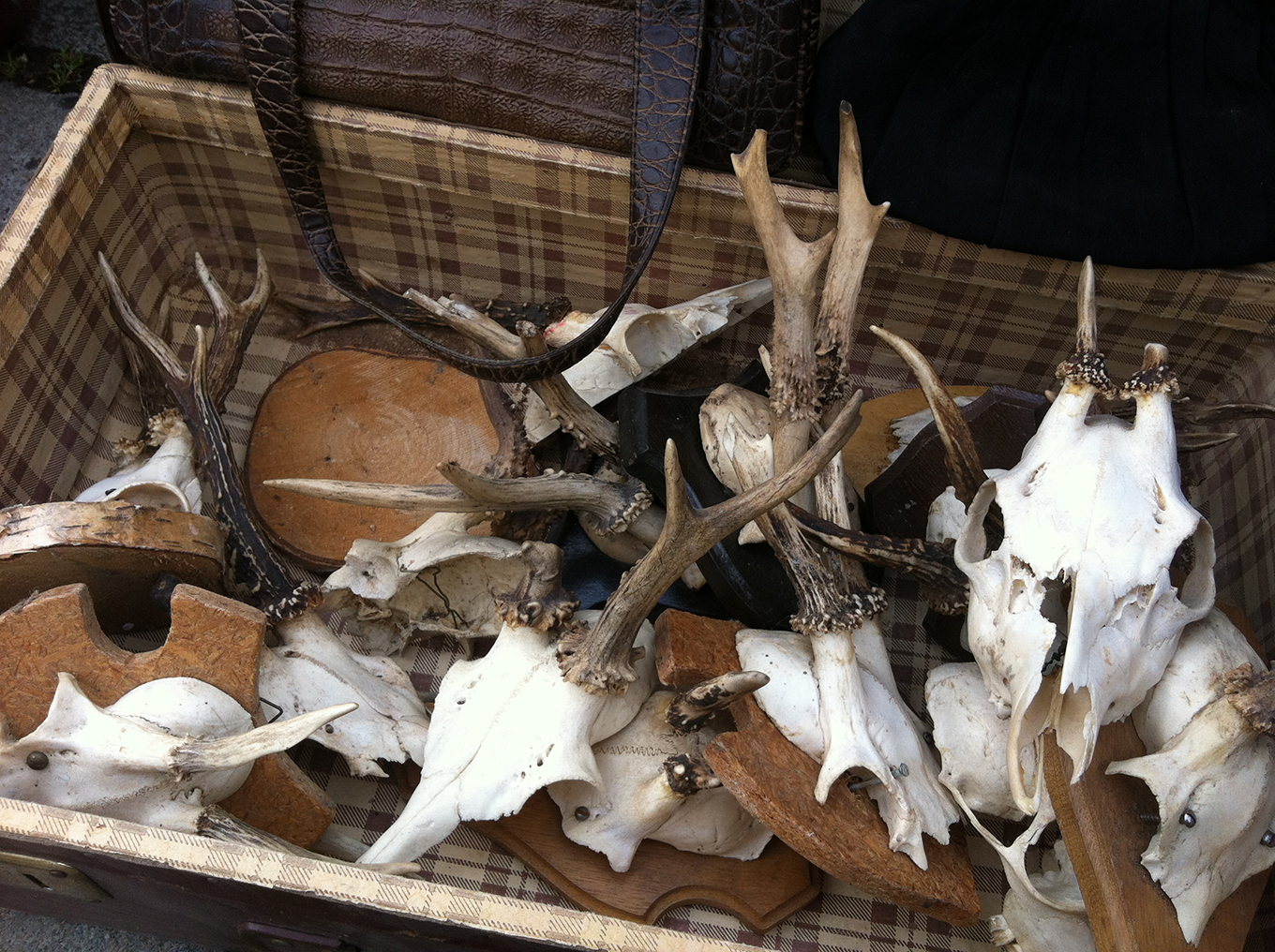 Everywhere I went, I saw tons and tons of mounted animal skulls. Seeing the sheer amount of so many seemed a bit creepy at first. But they eventually grew on me and I packed a little guy with me in my suitcase (not shown here). 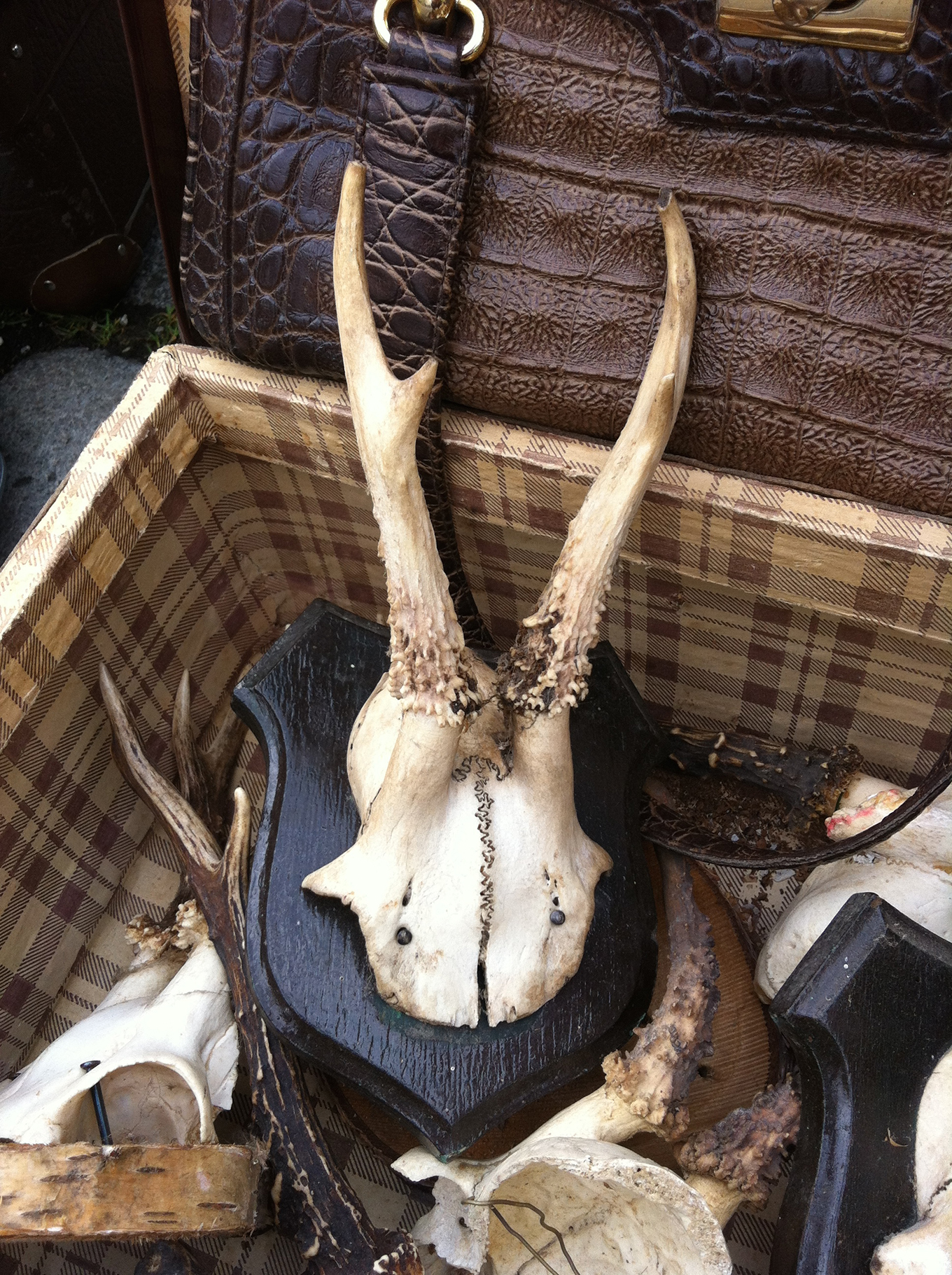 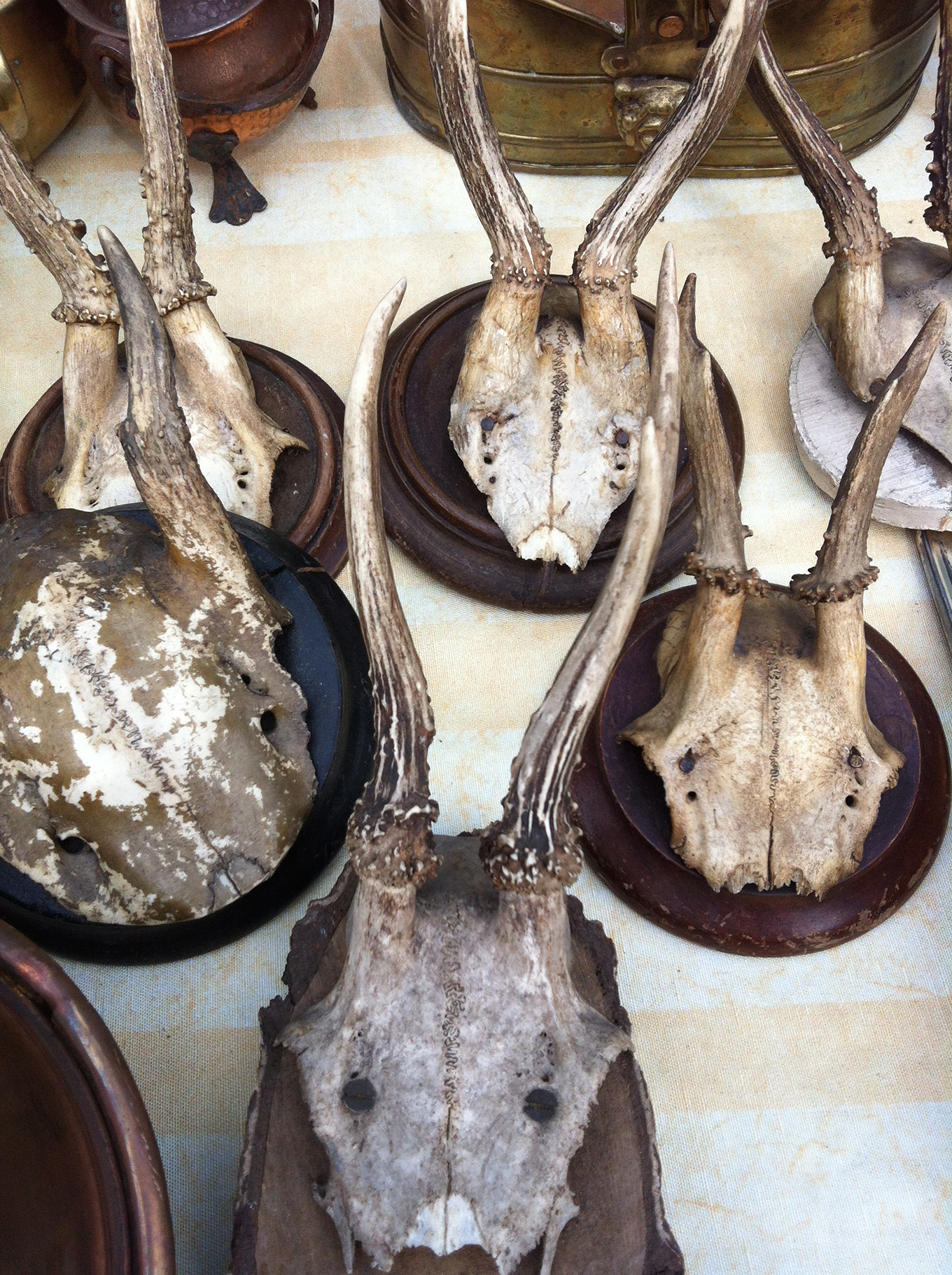 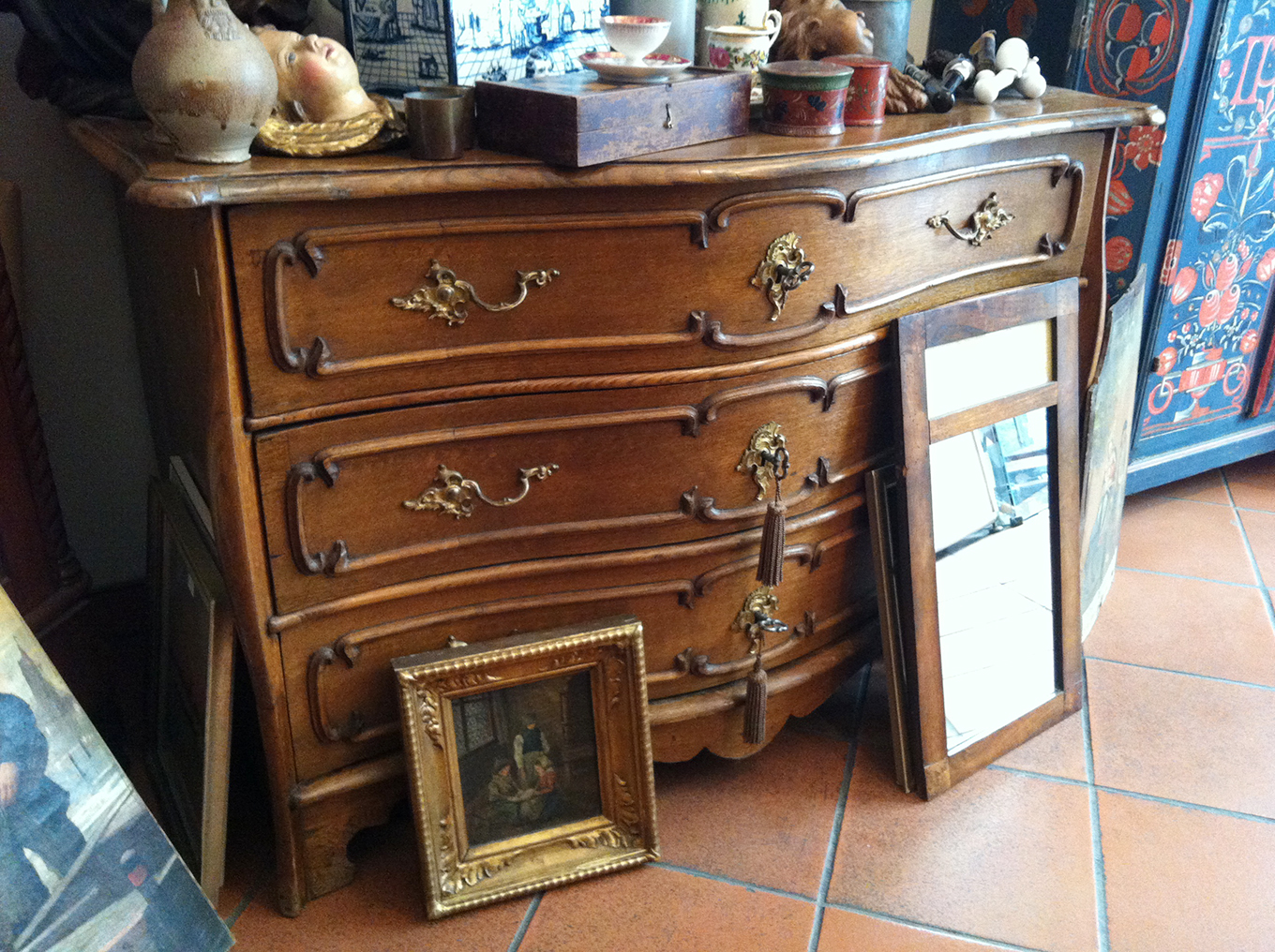 Later that day, I stumbled across an antique store in the heart of Munich. Everything in this store seemed like it was hundreds of years old, and it most likely was. I also got the feeling that everything was worth a gazillion dollars which was a sharp contrast from being at the flea market. I instantly fell in love with this dresser of drawers and the tassels hanging from the giant keys. I think it would be the perfect statement piece in any room of the house. I have yet to see anything close to this in Canada. But when I do, it will be a glorious day!
Posted by Paige Smith at 9:13 PM 0 comment